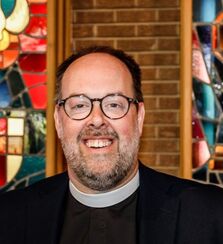 Scott joined Grace Episcopal Church in the fall of 2018. Before entering ministry as an Episcopal priest, Scott  taught English in public and private high schools. He holds degrees from The University of Houston and the Seminary of the Southwest in Austin. Prior to joining us at Grace, Scott served at St. Stephen’s, Houston.

Scott lived his entire childhood in the farmlands of Northwestern Ohio. As the child of a Pentecostal minister, Scott's journey of faith led him on a winding road from the church of his parents to The Episcopal Church, where he found a compelling embrace of mystery, inclusion, and inspiring and beautiful worship.

Scott and spouse Tami relocated from Oregon to Texas in 1999. Tami is a senior consultant in the human resources field. Scott enjoys traveling (especially throughout the South Pacific), listening to live music, hiking, and reading. He is passionate about walking with others on their journeys of faith, wherever those journeys may lead--always looking for signs of grace along the way.
Email The Rector 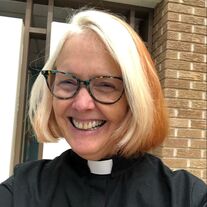 Dawn sensed a call to be a Deacon in 2009 while living in North Carolina.  She earned her Master of Divinity degree from Illif School of Theology and was ordained in the Diocese of Colorado in 2017 while serving as a chaplain in Missouri. Dawn is a licensed Chaplain serving mental health patients in Harris County.  At Grace, Dawn’s ministry is centered on serving, outreach, and pastoral care.

​Dawn is a native Houstonian.   After moving and traveling to many places around the US and abroad, Dawn returned to Houston in 2019, bringing her near her adult daughters and their families (including 3 grandchildren).  Dawn’s adult son resides in Minneapolis.

Dawn says of her calling to ministry: “I have always been a Spirit seeker, and as a deacon, I love helping others connect spiritually within and outside the church.”
Email The  Deacon 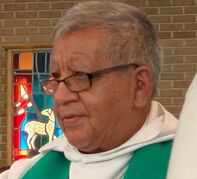 The Reverend Dr. Alejandro Montes is originally from Peru and is a retired priest of the Episcopal Church. He served as the Vicar and then Rector of San Mateo Iglesia Episcopal for more than 20 years.  He joined Grace in 2019.

Alejandro has also served as Chaplain in the Houston Police Department and has received numerous awards and recognitions for his work of reconciliation and social justice in the community, including March 29 being declared in Houston as “Father Alejandro Montes Day" by the Mayor of Houston.
Email Reverend Alejandro 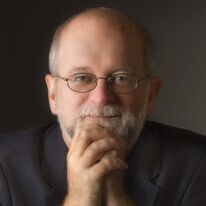 Paul English is an internationally recognized composer, pianist, producer and educator. He has performed and recorded with such jazz greats as Dizzy Gillespie, Arnett Cobb, Kirk Whalum and David Liebman and he has produced a number of jazz and classical recordings, including a 2009 collaboration with country legends Willie Nelson, Ray Price and Johnny Bush and a 2010 CD, Bring Him Home, a debut recording for lyric tenor, Todd Miller, and Hour of Tranquility for mezzo-soprano Sonja Bruzauskas (2015).

His commissioned compositions include works for symphony orchestra, choir, various chamber settings and several scores for film and mixed genre.  He has performed extensively as a jazz pianist and with his crossover group, PICO (Paul’s Improvising Chamber Orchestra) and PIVO (Paul’s Improvising Vocal Orchestra), mixing styles and improvisational techniques.

His sacred works have been performed locally at Christ Church Cathedral, Trinity Episcopal Church, Kingwood Presbyterian Church, South Main Baptist Church, Palmer Memorial Episcopal Church and Mission Bend United Methodist Church, including “The Gospel According to John Coltrane” for jazz quartet and choir (2007), “Wrestling with My God” for choir and chamber ensemble, text by Gerard Manley Hopkins (1997), and “Now I Lay Me Down to Sleep” for piano, cello and choir (2014).  In January of 2011 as part of the Trinity Jazz Festival in Houston, he premiered his tenth jazz mass for choir and jazz ensemble, which included jazz arrangements of twelve pieces by J S Bach.

Mr. English has served on the faculties of Texas Tech University, Sam Houston State University, San Jacinto College and Houston Community College.  He is an alumnus of The University of Miami and The Shepherd School of Music at Rice University (B.M, M.M.), where he studied composition with Dr. Paul Cooper.

The Episcopal Diocese of Texas